This guest blog by Dr. Donald Jackson is a part of our America’s Most Endangered Rivers® series on the Big Sunflower River in Mississippi.

The rivers that course through the Mississippi River Alluvial Plain (a.k.a. “The Delta”) of Western Mississippi are integrated functionally as key components of floodplain river ecosystems. Such ecosystems, worldwide, are known for biological richness and typically support some of earth’s most productive inland fisheries. Very real and tangible dependencies exist between humans and these fisheries. The Big Sunflower River is a good example, and research into channel catfish growth in this Delta stream is providing important insights about this floodplain river system.

Rivers, unlike ponds and lakes, derive most of the energy driving biological productivity from organic material (primarily plant material) of terrestrial origin. Organic material, including leaves, woody debris and detritus from vegetation, is colonized by bacteria and fungi that convert it to forms usable (digestible) by aquatic invertebrates like insect larvae, snails and crayfish. Production of aquatic invertebrates is called secondary production. The amount of secondary production in an aquatic ecosystem is directly related to fishery production.

The more organic material entering the aquatic component of a river ecosystem, the greater the secondary production, and the greater the fishery production. Some organic material falls directly into a river’s channel (such as leaves falling from trees), but in floodplain systems like the Big Sunflower, flooding increases the area over which organic material is available for contributing to secondary production of aquatic invertebrates. During high water, rivers like the Big Sunflower fill their floodplains and fish leave the confines of the normal river channel. They follow the rising water both to exploit the additional sources of food the floodplain affords, and to spawn in the floodwaters. When the river recedes after high water, the fish return to the river’s channel nourished through feeding on the floodplain. Some species spawn on floodplains and return to the main channel having contributed a new year-class of juveniles to the river.

Generally speaking, fishery production for a given year in a floodplain river ecosystem is directly related to the height and duration of flooding one to two years before the year in question. This is usually the amount of time it takes for fish that were spawned in the flooded areas to grow large enough to be captured in the fishery (this is called recruitment into the fishery).

When a river’s cycles of flooding and low-flow periods are disrupted by human activities, the fishery and the people who may have dependencies on it can suffer. Although flooding can occur during any time of the year, across evolutionary time aquatic organisms have evolved to anticipate flooding during winter/early spring and low flows during summer/autumn. Leaves fall off of the trees in fall and are an energetic bank of high-quality organic material available for use by aquatic invertebrates once floodwaters inundate the associated floodplain. The invertebrates (primarily aquatic insects and crustaceans) maximize their growth during winter and subsequently become energetically efficient forage items for fishes that are also out on the floodplains. This is why, for example, channel catfish in rivers have their greatest growth during winter while channel catfish in ponds and lakes have their greatest growth during summer. Channel catfish are poikilothermic (cold blooded) so one would think that in both types of systems they would grow fastest during summer. But that just isn’t the case. It is a matter of availability of food for the fish. In river systems, the availability of food is greatest and more energetically efficient (larger food items) during winter (Flotemersch and Jackson 2003). The same patterns of foraging, growth, and recruitment to exploitable size exist for other riverine species.

Most rivers in “The Delta” have been modified by damming and dredging (including, in some cases, channelization). These activities are designed to minimize flooding. Two principal rivers in the region that have not been significantly altered are the Big Sunflower River and the Big Black River. In a Ph.D. study of growth rates for channel catfish in rivers throughout the state of Mississippi, these two rivers were, respectively, number one and number two for fastest growth (Shephard and Jackson 2006). Additionally, catch rates were highest in these two rivers (Shephard and Jackson 2009). The channel catfish has “cultural icon” status because recreational fishermen prize them and commercial fishermen target them for local markets. This fish species thrives in rivers that are allowed to function as floodplain ecosystems.

When people in Mississippi (and throughout much of America’s “Deep South”) think about fishing in lowland rivers, they are thinking primarily about catching catfish (Jackson 2016). The channel catfish is the “bread and butter” fish that sustains most fishing in these systems. Therefore, in order to safeguard the rich traditions and cultural values associated with our rivers, we should refrain from engineering these productive ecosystems in ways that modify their flow and flood regimes.

Please join American Rivers in asking your Members of Congress to oppose the Yazoo Pumps project that will have a major impact on the Mississippi River floodplain. 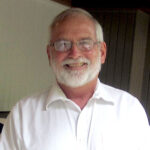 Why It’s #1: America’s Most Endangered River of 2018
The Yazoo Pumps would cost taxpayers more than $300 million and would drain and...

Yazoo Pumps: The Zombie Project That Must End

Yazoo Pumps: The Zombie Project That Must End
The Yazoo Pumps project on the Big Sunflower River, Mississippi, was a horrible idea...

Mapping Out an Argument for Stopping the Yazoo Pumps

Mapping Out an Argument for Stopping the Yazoo Pumps
The Yazoo Pumps would not only cost taxpayers over $300 million, they would destroy...

The Big Sunflower River Has The Blues

The Big Sunflower River Has The Blues
Not many rivers allow you to paddle through the “birthplace” of the blues among...